Why is there a picture of a cow underneath the title “Fee and fees”? Because the word comes from the Old English word, fioh, féo, meaning cattle or property. Trace it back far enough, and one arrives at Latin pecū, which also means cattle.  The Latin word for money, pecūnia, also ties cattle and wealth.  In modern English, we get “fees” from the Germanic roots of our language, and “pecuniary” from the Latin roots, but they both lead us to money and cattle.

However, I don’t think I can take Bossie to the bursar at the University to pay my son’s fees for his summer classes.  It is an entertaining thought, though. To be fair, the use of fioh or féo to mean movable property has been around for some time. The Oxford English Dictionary gives the first use of féo as money as the Codex Aureus, circa 870; the earliest usage of féo as moveable property is in Ælfred’s translation of Boethius’ Consolation of Philosophy, circa 888.

I went to graduate school at Indiana University in Bloomington, getting (among other degrees) a certificate in medieval studies. The street running by several of the undergraduate dorms, ending near the Libraries, is Fee Lane. I always wondered why it was called Fee Lane.  It seemed an insensitive reminder to parents of the cost of higher education.  It was only when I team taught a class in Medieval Legal History that my esteemed and learned colleague told the class the history of “fee.” Now I share it with you, as the beginning of a dive into etymology and the intricacies of the English language.

Is there a word you want to investigate?  Leave it in the comments, and I’ll see what I can do. 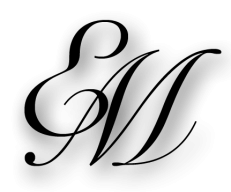 I am the youngest of four children, raised in the old-fashioned Irish-American way. I suspect my mother encouraged me to write from an early age to keep me out of her hair, although she may have regretted the decision when my teachers began to call about the controversial stories I was writing. Thus I began my career of butting heads with the good sisters at my Catholic elementary school, and ended it by leaving high school for college with no diploma. I wear my high-school dropout badge rebelliously and proudly. In college, I became fascinated with the Middle Ages, which was described as a “starry night” by one of my professors. So began a trek through languages and legends that informs my narrative non-fiction and historical fiction, as well as my blogs. I love feedback and enjoy discussing ideas. I have an accountability blog for the Round of Words in Eighty Days entitled Leavekeeping; I write a blog on literary history, intellectual history, and the history of words entitled Lapidary Prose. I'm on Twitter and Facebook; my email is lapidaryprose@gmail.com. View all posts by Elizabeth Anne Mitchell